We’re an independent label based around Europe and running since 2007. Over the years we've been seen hosting tents at festivals, running a reggae film club, promoting sessions and performing at club nights around the world: from Teachings in Dub in Bristol, UK to the beaches of Brazil.

We've been releasing original music on vinyl and acetate since 2013 with support and airplay by the likes of Jah Shaka, Sir David Rodigan (who gently included us in his best of British reggae retrospective show), Mungos Hifi, Aba Shanti I, Blackboard Jungle etc... 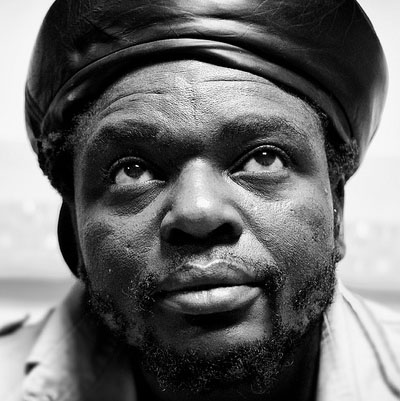 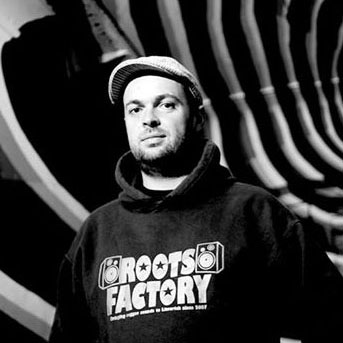 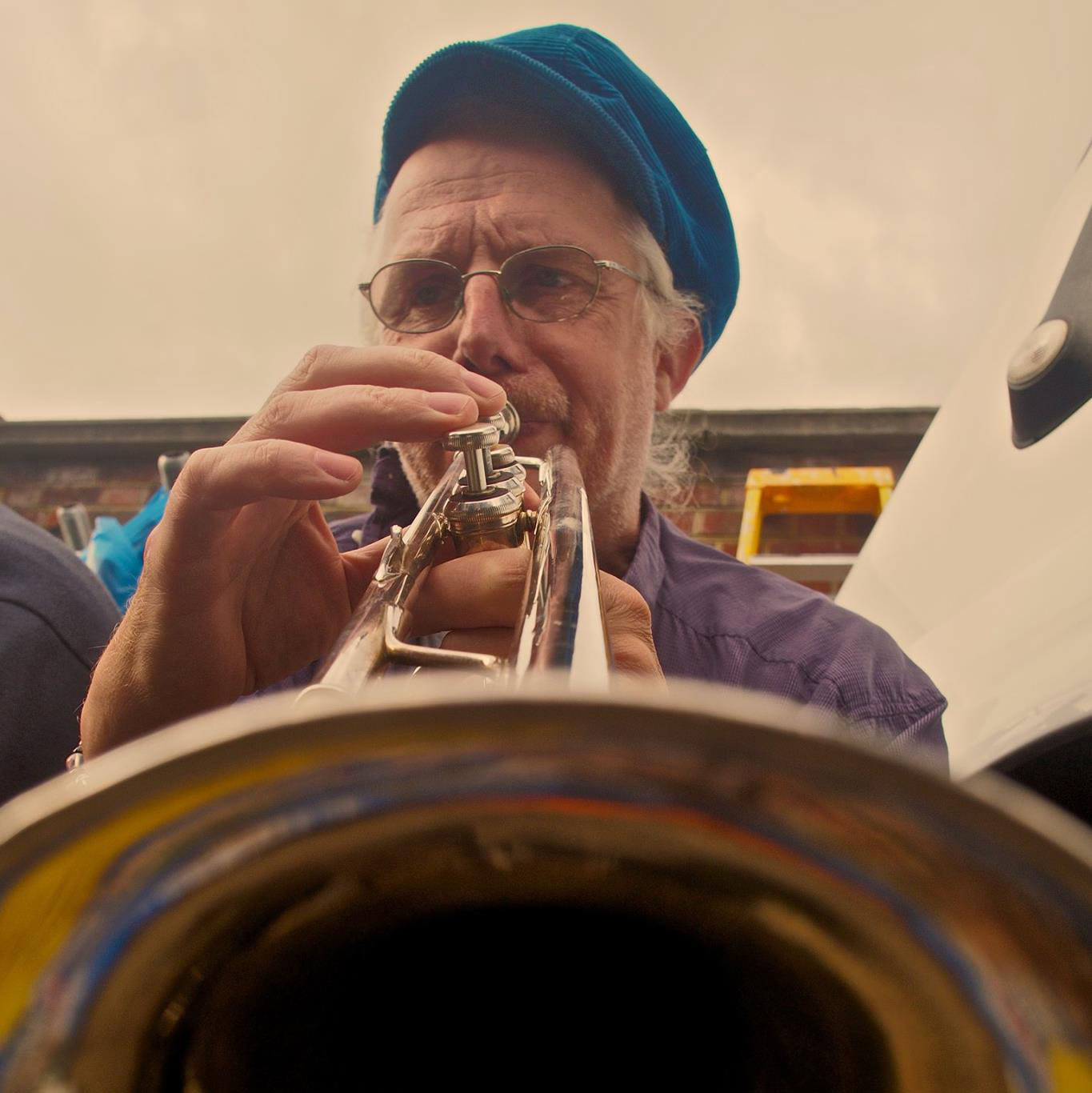 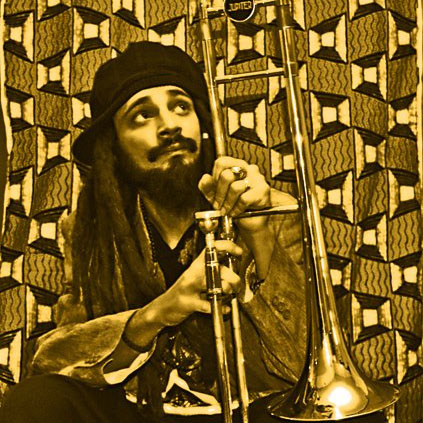 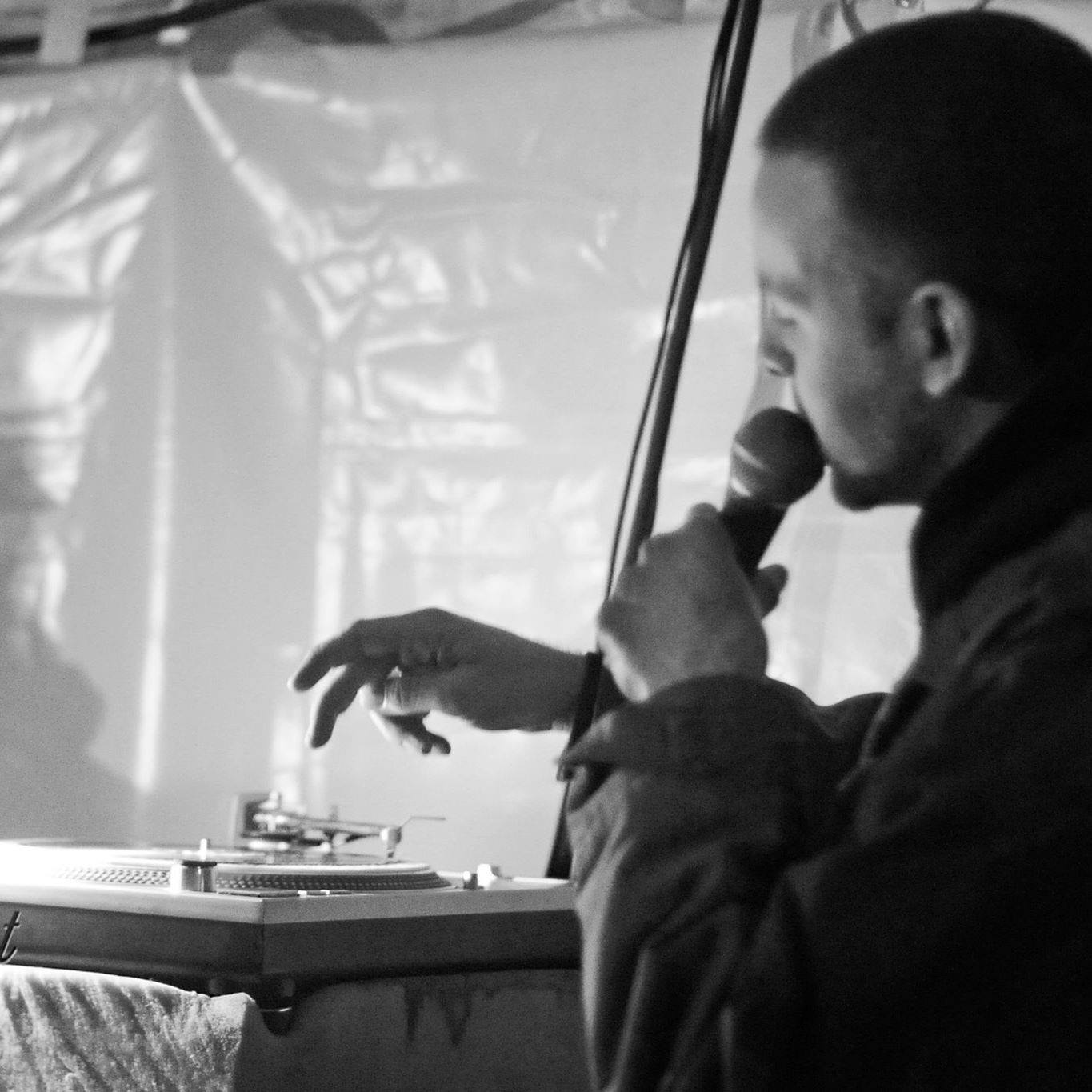 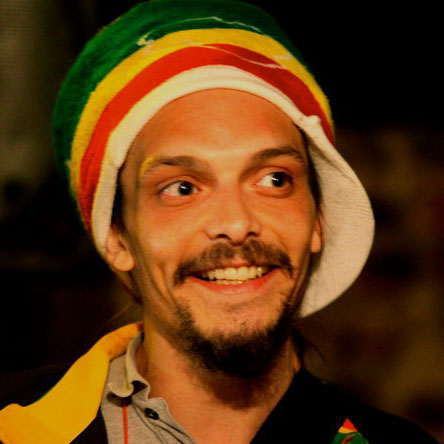 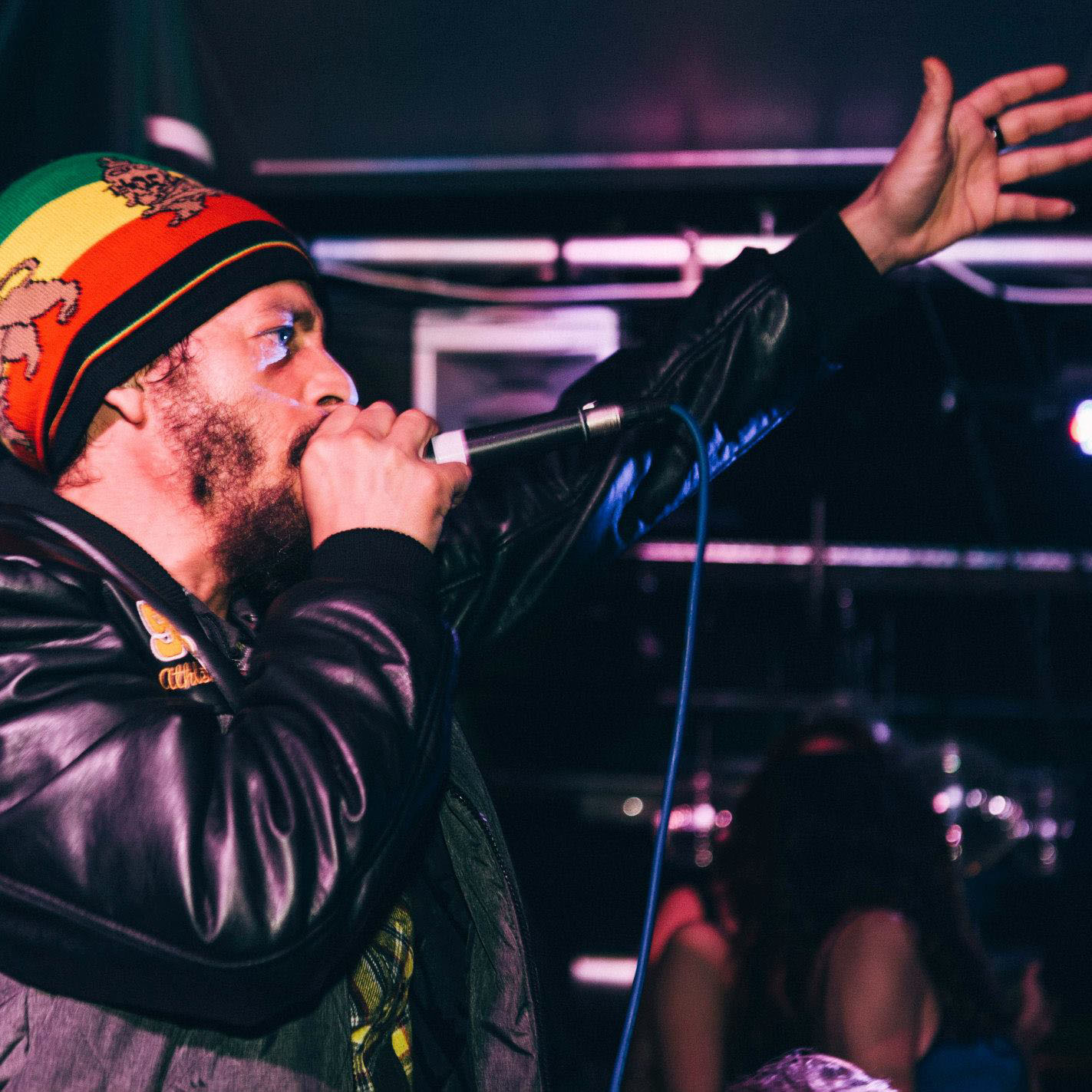 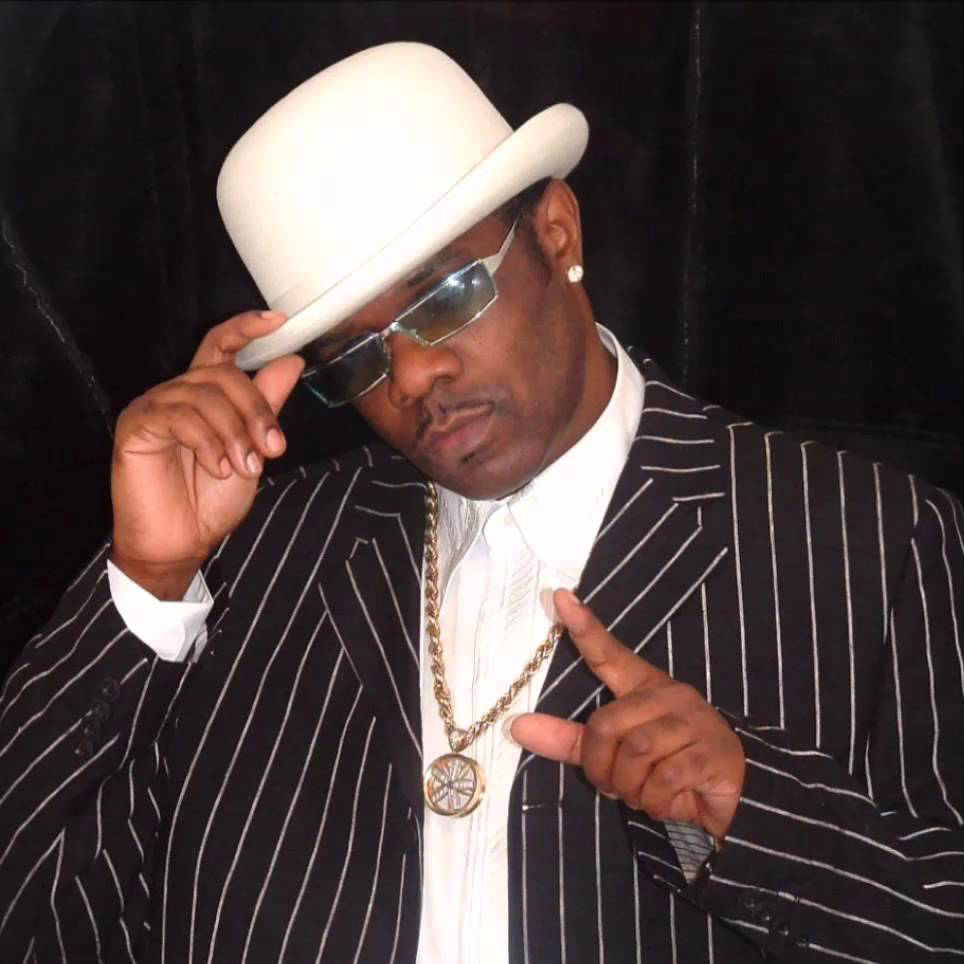 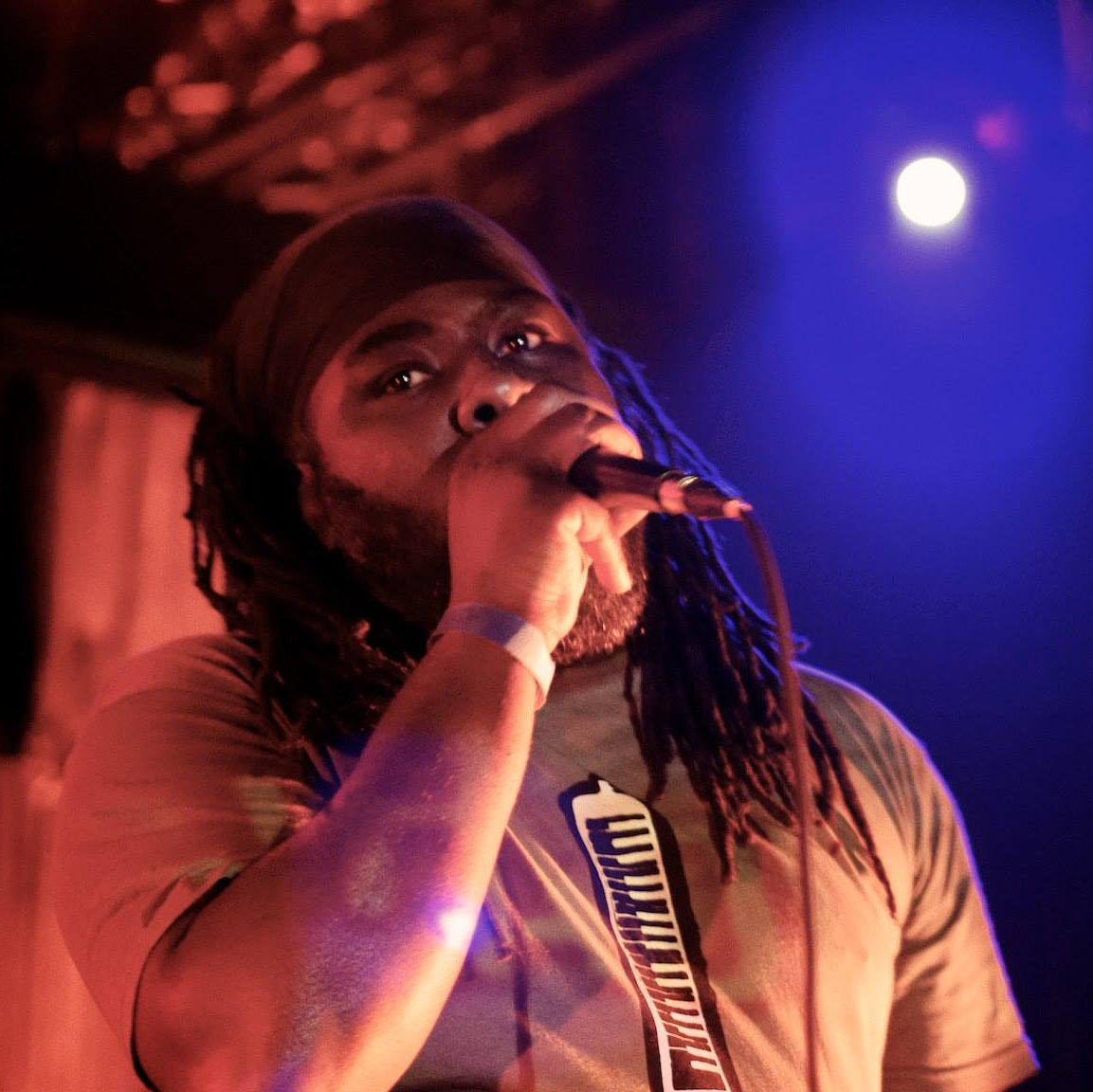 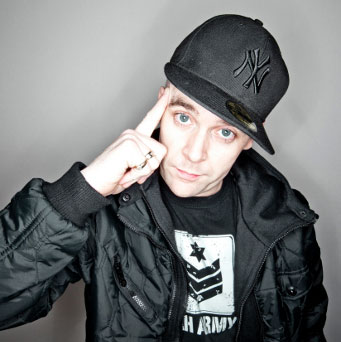 We've teamed up with some of our favourite artists to produce limited 12" vinyl records.


RFR12003 is coming out on 29th September. You can pre-order your copy in our shop now and be one of the first to receive it.

For this record, we teamed out with two seasoned veteran artists on the UK scene: YT and Sandeeno. Each delivering conscious lyrics in their own style on a one-drop riddim by Brigadier JC. In times where change is becoming more and more of a necessity, YT insists on the individual character of change in a call to arms for all who believe they can make a difference. Sandeeno expands on the topic in a daringly critical view on society and its shortcomings. After providing us with a powerful trombone cut on our last release, Hornsman Coyote is back on top form with Horns Transition, with Brigadier JC signing the last track on the record with a deep but powerful dub version.

The record comes on heavyweight 12" 45rpm vinyl, with a colour printed sleeve.

As a testament to our dedication to sound system culture, we've also produced a number of highly limited dubplates which we've shipped to all corners of the world.


Preorders are now available for RFR12003, with release set for September 29th.


Use the paypal checkout button below:


If you'd like to distribute our record or order a quantity, get in touch.

All our dubplates are sold out, as well as our first two records.

A veteran on the London scene as well as internationally, Afrikan Simba has worked with top sound systems like Jah Shaka, Aba Shanti, Blackboard Jungle and Channel One, released music on labels like Reality Shock, Jah Warrior, Dub Judah and even set up his own label called Ayamba based in Jamaica.

Originally from France, Brigadier JC is a new generation Roots producer. Over the years he’s collaborated with many of the UK’s most talented and sought after artists with productions dropping on a variety of labels, including the seminal Jarring Effects outta France, Reality Shock in the UK... His productions are a blend of old and new. As an avid roots records collector, he’s deeply inspired by the sound of Channel 1 in the 70s while always keeping at the edge of what’s coming out of the UK. The last few years have seen him play headline slots at festivals and clubs in France, Poland, Brazil, the Balkans and the UK.

Dub Movement comes from the suburbs of Fortaleza in the North of Brazil and is one of the leading producers on the bubbling Brazilian scene and definitely one to watch for future releases!

Ed (trombone) and David (trumpet) are respected musicians on the London scene. They’ve collectively been involved with the likes of Zion Train, Lee Perry and Adrian Sherwood and it truly was an honour to work with them.

Serbian trombone player extraordinaire Hornsman Coyote is one of the leading artists in the Balkans and a seasoned and sought after performer both on stage and in the studio. On top of touring with Eyesburn, his band of 20 years, he’s also toured the world and recorded with artists that include Max Romeo, Iration Steppas, Jah Works, Jerry Lyons and more recently featured on Lee Scratch Perry’s new album “Back on the controls”, which was nominated for a Grammy.

Majestyk Sound Machine member Obajah, a hugely underrated singjay hailing from France burst on the UK scene with a killer called “Higha Meditation” on Roots Factory Records. His flow is impeccable and the lyrics are positively conscious. Expect to hear plenty more of him in the near future...

Ramon Judah comes from a musical tradition, his father Sugar was a star in Liverpool and was an early mentor to the Beatles. Ramon was influenced by early soundsystem culture and was singing in the dancehall at an early age. He then travelled the world singing Reggae bands from New Zealand to Chicago USA. He finally settled in London and became the host and singer to the now legendary Dub Club. He worked with everyone who was someone on the UK scene. He has sung on many sounds over the years including Jah Youth and Channel One. Ramon Judah has also recorded with the best UK Reggae Dub producers in the business including Bush Chemist, Manasseh, Disciples, Adrian Sherwood, Phillip Gad...

Sandeeno was born in Birmingham, UK but raised in Jamaica. He first started out as a deejay under the name of Superman deejaying in combination with Jamaican deejay Spiderman. They recorded their debut album in 1984 for Ranking Joe and it was released on Kingdom records in 1985. It was recorded at Harry J's and Channel One in Jamaica. Sandeeno then moved to Kingston in order to be nearer the studios. During the coming years they recorded for various producers and released singles on labels such as King Jammy's, Shocking Vibes, Penthouse, Steely & Cleevie, Mr Doo, Soljie and others. In '96 Sandeeno recorded "Tear Down Babylon" for Mikey Simpson's MSC Records. The song was quite a hit and reached number 1 on the English charts and stayed there for several months becoming somewhat of an anthem. In more recent years, he has recorded for producers such as Gussie P, Blacker Dread and Solution Sound among others.

Solo Baton started MCing at the age of 11 as a younger MC on his brother’s sound system King Shamma International. Experimenting with rap/hip hop for a while in his teens he finally joined Majestic Sound and was the soul selecta with Shadey aswell as the MC with Daddy MG. After forming a great friendship with Kris Kemist from Reality Shock Records, Solo voiced a heap of hit tunes, and soon became one of the most in-demand artists in the UK, featuring regularly alongside Mungos Hifi, Dubkasm as well as his own sound system, Classic Wonder. He joined the sound system from Reading as a mic man, later becoming the selector and playing the sound for many years. They are recently back in business with an impressive collection of dubplate and specials and is definitely the dangerous kind!

YT is a true veteran artist on the UK scene with over 30 years spent delivery conscious lyrics on sound systems around the world. Having started out moving speaker boxes for local reggae systems in his home town of Ipswich, obsessively studied Saxon Sound’s live yard tapes, toured with Bounty Killer, Macka Diamond, Spragga Benz etc and twice successfully appeared at Sting in Jamaica, he’s grown to become one of the leading artists the UK has seen in recent years.